With more and more greater GTA homebuyers getting pushed out of the real estate market in their home cities like Toronto, Oakville, even Milton, due to high prices, many are in fact casting an eye further afield to Waterloo Region.

Some move here whole hog, cashing out of Toronto for the simpler and cheaper lifestyle that the region offers, choosing essentially to start over or to end one chapter of their lives to begin another.

The costs of commuting

Almost twenty years ago now I commuted to my office in Mississauga for work. Back then, if I got up at 6am and was on the road before 6:30, I would easily get to my office by about 7:30 (weather and no accidents permitting). Most days, the traffic would back up at Milton but my office was just inside Mississauga so I could get off at Winston Churchill and take surface roads for the last five minutes. I don’t know what it is like now but I suspect it is much worse.

All in all, the extra hour on both ends of my work day made for a long day. After less than a year of doing this I realized the cost of my commute.

The advantages of living in Waterloo Region

I’ve written often about the advantages of living in Kitchener Waterloo. It is cheaper to buy a home and cheaper for day-to-day living. It is quieter, easier to get around, and greener (in terms of trails and parks) than living in much of Toronto as well. Here is a link.

For the record, I love big cities and I love visiting Toronto. I don’t mean to bash big city life. I used to live in Taipei and I would much rather spend three days visiting New York City than a week on a beach in Cuba.

Lastly, I’ve worked with many people over the years that move here in a two-step process – usually one spouse commuting until they find work in the region or working from home and going in once a week or once in a while.

This blog post is about the cost of commuting. It will argue that it is not worth it. 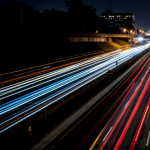 According to research by the website Lifehacker, each mile (USA) you live away from work adds US$795.00 per year to your commuting costs. That adds up pretty quick. If that’s true, it means if you cut 30 minutes from your commute, you would save CAN$30,000/year.

By cutting your commute time, you will be able to afford a more expensive home.

I think most of the cost is the depreciation to your automobile. Commuting more that two hours a day is really hard on cars.

In the summer of the year I commuted, I sadly missed most of my kids’ soccer games. There was simply no way to be on the side of a soccer field at 7pm, not to mention 6pm. Weekends, I was so tired from the long days spent working and commuting, I wasn’t the active go-getter that some dads were. Hell, some dads coached the teams. I could never do that.

To be honest, sometimes I really liked the alone time in the car. I listened to cds and thought thoughts. Sometimes I sped home, late in the evening with the sunroof open. However mostly it was stressful and frustrating. The drive was always on my mind.

Commuting is fine if you love to drive, can work odd hours, don’t have a family or see it as a short term part of a long term plan. Otherwise, maybe not.

Buying a home is a very important decision, one of the most important you’ll ever make. There are lots of questions that need to…