It seems that the farmers in California can’t get enough Mexicans to pick their apples. They are appealing, cajoling, complaining that “all that fruit is going to rot on the vine and drop on the ground.” “It is such a waste”, they say.

That is a con, I say, making us feel guilty for wasted food.

The system is guilty.

So, what do other countries do? Was does Japan do?

They pick fewer apples, and they waste less food.

Maybe we are focusing on the wrong end of the production pipeline. We are good at growing apples, too good perhaps. Maybe we should make better use of the apples we grow, or grow fewer, or both. 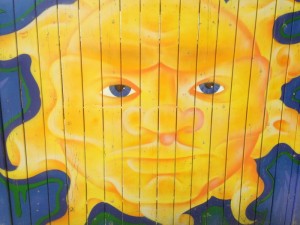 Just like the fruit growing industry has to change, so does the real estate industry. Other countries don’t do it the same way we do. I’m implying that they do it better, but maybe they just do it differently. Maybe there is a sum-zero gain.

Here is an idea or two:

Too many, too much, too little, too few

1) There are too many agents.

2) Commissions are too high.

3) The average agent does six deals a year.

These things are true.

You would think that since there are too many agents and commissions are too high and too few deals get done per agent, this imbalance would lead to lower commissions.

They don’t and they haven’t. In fact, in real terms since the prices of homes has about doubled since 2000, commissions are actually higher, not lower, than they were a short few years ago.

Here is a possible solution. Cut commissions and the number of agents will fall. This is supply side economics. Ronald Reagan would be proud.

We can’t artificially limit the number of agent. This is bad economics. This is like how the taxi industry regulates itself. This will lead to another imbalance.

Why do we have so many agents? Two reasons

1) The brokerage system encourages headcount. More agents = more money for the brokerage. They get the money, (consumer’s money) in the form of desk fees and commission splits. There is an economy of scale element at play too. Fixed costs remain the about the same if you have 100 agents or 150 agents. Why not hire as many as you can? Agents are the income generators for the brokerages. If brokerages employed agents and paid them a salary like a traditional business model, a lot of agents would get fired fast.

2) Perception. Agents are so good at “faking it till you make it” that the career seems like a good one to get into. It is, until you realize you are not getting paid to show up.

Pick your own apples

Get rid of agents and commissions all together. Home owners, and builders/developers can deal directly with the general public and their lawyers. In a sense, consumers will be trading money (for money or for time) but at least they won’t be paying commissions, right?

It used to be easy to buy a house and harder to sell. The power was on the buyer’s side. It used to be…