My neighbour complimented me last night on my new portico.

I thought, “That’s not a portico. It’s a pergola”. And then I thought, “What’s a portico anyway?” 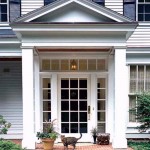 A portico is a porch leading to the entrance of a building, or extended as a colonnade, with a roof structure over a walkway, supported by columns or enclosed by walls. This idea was widely used in Ancient Greece and has influenced many cultures, including most Western cultures.

I think the important part about porticos is the columns. They also tend to be smaller than porches.

A portico a small Italian porch.

A porch is a covered shelter attached to the front of the entrance of a house or building in general. The structure is external to the walls of the building but it may be enclosed in certain types of frames including walls, columns or screens, extending from the main structure.

I live in an old house in UpTown Waterloo. The front porch is my summer office. I’m writing this blog post from my front porch.

A great thing about porches is that they are neighbourly. Older neighbourhoods like UpTown Waterloo and the East Ward (to name two) have houses with porches. Neighbours always wave and talk to each other on these long summer evenings.

A veranda is a roofed, open-air gallery or porch. A veranda is often partly enclosed by a railing and frequently extends across the front and sides of the structure. A wrap-around porch is really a veranda.

Veranda is a Portuguese porch.

Patio is a Spanish word. It means inner courtyard. A patio is usually at the back of the house. It is made of concrete or paving stones or sometimes tiles. Patios are usually used for hanging around, maybe barbecuing.

Who doesn’t love a big deck? Decks are usually made of pressure treated lumber or composite. Decks are much like a patios in function but can be raised as much as a full level from ground level. If they are more than two or three feet off the ground, they should have a railing around them. 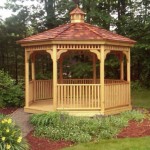 Gazebos are octagon shaped and usually have a domed roof that is supported by eight symmetrical pillared columns. You often find them in backyards and in public parks. Sitting in one on a sunny afternoon can often improve a person’s overall mental health. This is called the Gazebo Effect. 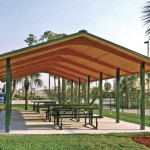 Pavilions are much bigger than gazebos. They are usually square or rectangular. They are great for picnics and cultural events. Pavilions are big boxy gazebos.

Pergolas have open roofs. Pergolas are usually made with pressure treated lumber and are often over patios. I have a new pergola. It is not a portico. My neighbour was way off.

A candidate for Waterloo city council came to my door a week ago Saturday afternoon. I asked him about light rail and he told…