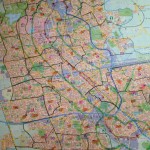 Why are schools important to real estate?

Every year I wait patently for the Fraser Institute Report Card on Schools to be published. After all these years, there aren’t any surprises. The good schools stay good. The bad schools stay bad. Good. Bad. I should be more politically correct and say more highly ranked and less highly ranked, but it is what it is.

The yearly report isn’t really important anyway. I just watch the five year average. And, I watch the new schools to see how they settle in.

Where are Waterloo Regions most highly ranked schools?

According to the 2014 Fraser Institute Report Card on Schools:

Our Lady of Lourdes

It is similar for the Catholic School Board. Of the top ten schools, 5 are in Waterloo, 3 in Kitchener, 1 in Ayr and 1 in Cambridge. They are:

Our lady of Lourdes

For Secondary Schools the Waterloo District School board ranks as follows:

The Waterloo Catholic District School Board rankings are:

How important are the rankings?

I personally believe that choosing a neighbourhood and a home in a top ten school neighbourhood is a wise choice, not only for your children’s future but also for your lifestyle and home appreciation value.

I also believe that there isn’t very very much difference between the top ten schools. In fact, in terms of rankings, the number one school and the number ten school in the WRDSB are separated this year by only ten points (Laurelwood at 8.2  vs. Mary Johnson at 7.2).

Teachers don’t like the Fraser Institute rankings. They say that they aren’t fair. They don’t capture the personality of the school. They say that they  imply that the quality of the teaching is poor. Teachers tell me that there are a lot of factors out of their control that impact the rankings. Demographic factors like a poor neighbourhood where the parents leave for work early and come home late, a neighbourhood with a high percentage of new immigrants adapting to life in Canada, or a “special needs” school all impact negatively the rankings. Conversely a french immersion school or a school with a music program may attract a “higher quality” of student and thus positively impact the overall rankings.

Find the best schools. Choose the right neighbourhood for you and your family. Having the right information will result in a great choice and a happy life. Contact me now. Let’s get started.