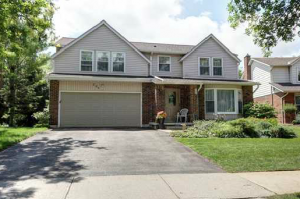 With street names like Shakespeare Drive, Beechwood is a small and charming district located about four kilometres west of UpTown Waterloo. Encompassing a total of 320 hectares, this area offers a unique place that is ideal for first time homebuyers as well as families raising children. With many highly acclaimed schools and parks in the area, as well as the affordability of Beechwood real estate, this neighbourhood stands out as one of the most sought-after neighbourhoods in the Kitchener-Waterloo area.

Walkability of the Area

The nearest outdoor areas within walking distance from the central Beechwood area include Regency Park, Clair Lake, and Poet’s Green.

Waterloo Park is situated at 50 Yonge Street, which is about a 5-minute drive or 20-minute walk from the centre of the Beechwood neighbourhood. Just next door to the park, residents can enjoy the amenities offered at Waterloo Memorial Recreation Complex. This complex offers a large skating arena, which is sometimes covered to host trade shows and other events, as well as swimming, an indoor track, banquet halls, and meeting rooms.

The Canadian Clay and Glass Gallery is also located on the same grounds, as well as the Waterloo Public Library, and Lions Lagoon Splash Park, which is now free to use when open during the summer months.

Erb Street West/Regional Road 9 provides an easy east-west through-road for those living in Beechwood, offering quick access to Westmount as well as UpTown Waterloo. Keats Way provides access to the University access road, University Avenue, from the central part of Beechwood. University Avenue also extends past both University of Waterloo and Wilfrid Laurier University campus grounds east to the ON-85 Hwy/Conestoga Parkway, which brings commuters quickly into Kitchener, and also connects with ON-8 East Highway for access to Cambridge.

Bus routes run under the Grand River Transit are plentiful in the Beechwood area. The number 5 bus is a popular route that brings commuters into UpTown Waterloo across Erb Street.

Centennial Public School serves the area of Beechwood, providing education to senior elementary students in Grades Seven and Eight. The school, which currently educates around 430 students, offers education in both English and French, with Core French and French Immersion classes. The school also offers two special programs, the Congregated Class for Gifted Learners and a Life Skills class. The school places a special emphasis on its musical programs, as well as the visual arts and physical education programs. It is a wonderful school, both my daughters went there!

Mary Johnston Public School offers education for children from Junior Kindergarten to Grade Six, and focuses its education around a balanced school day consisting of two daily breaks for activities and nutrition. With emphasis on physical activities to encourage the learning of their students, the school offers extensive outdoor grounds with play areas, soccer and baseball fields, and a basketball court.

Fellowship Christian School works closely with the church to provide a Christ centred education to students from Junior Kindergarten to Grade Eight. This independent school has been education children of the Beechwood neighbourhood since 1987.

Beechwood is unique with its topography, varied architectural style of houses and its  proximity to the University of Waterloo. Similar neighbourhoods would include Westmount, Upper Beechwood and Maple Hills.

Held at St. Paul’s University College, 2013 brought with it the 10th Annual Traditional Pow Wow hosted by the Waterloo Aboriginal Education Centre. This event brings with it the deep history of aboriginal traditions, offering residents of Beechwood complimentary access to its traditional storytelling, Indigenous artists, film screenings, and more. The annual K-W Oktoberfest Thanksgiving Day Parade offers a world of excitement, and the route begins very close to Beechwood at Erb Street and King Street. Hosting a large population of German and German-descended residents, Kitchener-Waterloo is famously home to the largest Oktoberfest celebration outside of Germany. This event draws a crowd of more than 150,000 people each year, and is certainly not to be missed!

Most news surrounding the Beechwood neighbourhood is positive, including many wins by the Beechwood Falcons as well as raising community awareness around World AIDS Day. Beechwood is a fairly quiet community with a low crime rate. However, the community is facing gentrification. A recent survey by Teranet Enterprises and Generation5 found that the largest proportion of Beechwood residents, 40%, are over 55 years of age. 20-29 year olds comprise only 11% of the area’s population, with 30-44 year olds at 12% and 45-54 year olds at 18%. People under 40 who are considering a home purchase in this area may find it difficult to find neighbours of a similar age.

One of my favourite neighbourhoods

All things considered, especially in comparison the rest of Waterloo real estate, Beechwood is a great choice for purchasing a home. If you’re after a quiet neighbourhood near parks and arenas with easy access to the library, Beechwood is the ideal choice. Whether you’re a first-time buyer or upsizing to raise a family, Beechwood is a peaceful and quiet community that offers an enjoyable place to unwind. It is one of my favourite neighbourhoods in Kitchener Waterloo.