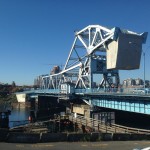 Q: Are we in a real estate bubble?

A: No. But we might be in a tech bubble and that wouldn’t be good.

Q: Are home prices in Kitchener Waterloo going to up or down?

A: Home prices are going to continue to go up.

I was on Vancouver Island for a week last month. I was visiting my mom and my sister’s family. My sister lives in the Colwood area of Victoria and my mom lives over the Malahat in Mill Bay.

We’re not getting any younger.

They have a plan. They are looking for a new place together. They are going to sell both of their houses and buy one with an in-law suite (or one with in-law suite potential). It’s a good idea.

They knew I was coming so they had a lot of questions for this Realtor and they had a few things for me to do, to take to the dump, to fix, to paint…I’m not only a realtor, I’m a handyman too.

I was there when my mom interviewed two potential real estate agents. For me, it was a learning experience to sit in on other realtor’s listing presentations. I learned that more is better than less so I’ll be adding a few items of collateral to my presentations

But this post isn’t about listing presentations. It’s about real estate.

Q: Are we in a real estate bubble?

I learned in BC that what my mom bought five years ago for $420K is now worth $350K. My sister’s house has also seen a large drop in market price too. That sounds like they’ve both lost a lot of money. But they haven’t. My sister bought her house 20 years ago – she has seen a great leap in value. Also, because what my mom and and sister are going to buy is in the same real estate market, they are selling for less but buying for less too. What they are going to buy has seen a similar percentage drop in market value as what they are selling.

What you loose on the swings, you make up on the merry-go-round.

Both agents who gave presentations said pretty much the same things:

They both valued my mom’s condo at the same price.

I was surprised about how much the Vancouver Island real estate market was impacted by the recession starting in 2009. It didn’t happen like that here. Well it did, but only in terms of sales volume not prices. Home prices have continued to rise in Kitchener Waterloo.

I agree with those Vancouver Island realtors assessments of their market. I feel the same way about ours. For me 2013 got off to a slow start but picked up in the late spring and through the summer into fall. It’s slowing down again now, but I think that’s seasonal. I predict that we are going to get off to a fast start to the spring market in 2014.

Q: Are we in a tech bubble?

What we should be worried about in Kitchener Waterloo is if we are in a tech bubble. We worry about Blackberry and how the layoffs will impact our local real estate markets. I’ve stated many time that Blackberry will negatively affect the real estate market, but not in any huge way and not in terms of price for your average three bedroom $350,000 home.

Blackberry’s layoffs will impact the top end of the market. Blackberry paid those at the top quite well. Those VP’s and department heads making $130,000-$180,000 will have a hard time finding similar jobs and/or accepting lower salaries. They might (just might) flood the market with $700,000 homes.

Blackberry’s layoffs also solve the problem for serial home buying procrastinators. These guys have an excuse to “wait and see what happens”. They can do their armchair predictions that prices will go down 20% (like they did on Vancouver Island) and when it does they’ll be able to steal a great home. It’s nice to have dreams, isn’t it?

Of course we know that that isn’t going to happen. It could, but it won’t.

For those of us (like me) that have been reading the news over the past four years, the news that we are in a real estate bubble and that it’s going to pop, BANG, there’s a story that argues that we are in a stock market tech bubble.

The article titled “Here’s evidence that the tech sector is in a massive bubble” is a great article with lots of great examples. However I feel that the world and it’s economies are changing and we cannot rely on historical data to predict future events.

As far as I’m concerned, coders, techies, programmers, software geeks are the factory workers of our generation. They work hard, get paid well and have the transferrable skills and opportunities that will keep them employed as long as they wish to be employed.

365 Rules about Real Estate is my ongoing series about buying and selling real estate. Every day this year, one rule will post here…