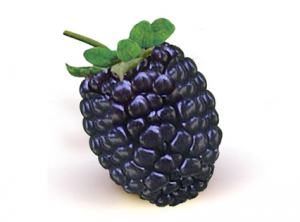 How will Blackberry’s layoff of 4,500 affect Kitchener Waterloo real estate market? That is the question of the day.

A lot of Kitchener Waterloo Realtors will argue that the impending layoffs at our beloved local iconic and (tarnished) hometown hero Blackberry will have no impact on our local real estate market. They will point out that a lot of business and industries over the years have left the region: textiles, furniture, whiskey, electronics, auto parts have all been going concerns here that are all gone now. Kitchener Waterloo and Cambridge live on, thriving and growing. It’s often said that when one industry leaves town another quickly takes its place, filling the gap with well-trained hardworking workers.

Local realtors, politicians and businesspeople will argue that our economy is strong and vibrant and diversified and we are bigger than Blackberry. They will argue that we have two big and growing universities and a big and growing college, two big insurance companies and two smaller ones, Open Text, Google, EA (the games maker), Christie Digital and 700 start ups. Other industries and companies? There are a lot more.

Real Estate markets the size of ours, are not tied to any one employer or sector. — tweeted by the KWAR (Kitchener Waterloo Real Estate Board)

Another argument is that our local high tech market is always looking for engineers, programmers, computer geeks, nerds and hackers and that a great number of the former prisoners of Blackberry will seamlessly slide into new local jobs. The argument is that Blackberry’s demise is actually a great thing for our local economy. These big brained computer cowboys will finally have a chance to put their skills and knowledge to good and productive use.

And then there are the statistics. Blackberry is in 32 countries and has about 12,000 employees worldwide. How many or those layoffs will be at home? Blackberry has had large layoffs before. Our home prices did not drop as a result.

What would Garth Turner do?

These are all good arguments and I agree with all of them. They are certainly true and/or have a lot of truth embedded in them. However, we are smarter than that. We know about spin. We know about agenda. We know about Garth Turner.

Garth Turner is, of course, a contrarian. He real estate investment scaremonger, a heretic and a wit. I love how he writes but I usually disagree with what he says. I read him everyday because, for me, he acts as a counterweight to all the hype and positivity from the other side. With Garth, just like the positive side, there is always truth to be found in what he says. What is interesting about what he says about Blackberry’s impact on the Kitchener Waterloo real estate market is that it’s not very negative.

He compares our industrial base favorably to London’s but then he implies that we are, like Calgary, a one-horse city. Of course we’re not (as mentioned above). Calgary has long been a boom and bust town. It is oil. When the oil is flowing, so is the money. We are not like that.

In short, Garth Turner stirred the pot, but he didn’t stir very hard. He addressed the issue but didn’t commit. For a long time reader of Garth Turner, his lack of aggression speaks volumes.

How will Blackberry’s layoffs affect our real estate market?

As someone on the front line of real estate I can tell you that there will be an impact. Anyone who says that there won’t be is an idiot or has and agenda (or both). The impact will be one of perception.

Many people are looking for a reason not to buy real estate. It’s human nature, to be cautious about big decisions and to dither and delay. It’s harder to say “yes” than it is to say “no”. Some fence-sitters will continue to sit on the fence in the wake of this announcement from Blackberry and others may join in. The uncertainty is excuse enough for some people to want to wait. This has already been going on for the past year and a half, I expect it will continue until well after the fogs lifts and the smoke clears at Blackberry. During this time, prices and interest rates will go up and your dream house will become more dreamy.

My last prediction that home prices could drop in Waterloo Region was wrong. They didn’t drop as I said they might. They actually went up. But I’ll try again with my prediction, the one some of you want to hear. Sooner or later, I might be right.

As mentioned above, the local high tech industry will absorb all of the engineers, programers and other geeks. It is at the executive level that things might get dodgy. It is harder for a VP of Marketing in a failed company to find a job (in the region) at the same pay level than a real worker. If a bunch of the higher-ups living in Eastbridge or Conestogo all put their houses on the market at the same time, there will be nowhere for prices for those types of properties to go but down. It could happen, but even if it does don’t expect it to happen overnight.

Finally if home prices drop by 1%, for the average home in Kitchener Waterloo this means a change in price or $3,300. Not a lot of money in the whole scheme of things, eh?

My prediction is that Blackberry the fruit is going to gets its name back.

You can’t control everything, but you can control the comparable sales data I mentioned in a recent blog post how buyers and realtors have…