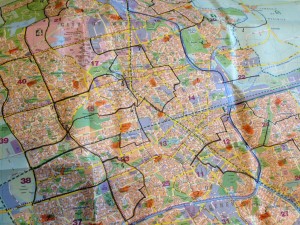 “I’m relocating to Kitchener Waterloo, where is the best place to buy a house?”

This is likely the most common question that I receive in my email inbox. People relocating here from outside the region, province or country might pull up a google map and wonder about our twin cities. (I wonder myself sometimes.) It certainly doesn’t make any sense when looking on a map.

Potential relocators with access to the internet can visit neighborhoods on google earth, research schools, look at traffic patterns. You can see where the city dump is and you can look at the police incidence reports. You can seek out farms on the outskirts of town and look at weather data. You can find out where the airport is and see which neighborhood is in the flight path. If you think about it, you could google “mink farm” or “go karts” if you are concerned about the smell and noise associated with each. All in all, you can get a pretty good idea online.

You can contact a local real estate agent and ask about home prices, neighborhoods, schools, outlooks and trends. But you cannot buy a house on the internet (Rule #17 ).

Having answered the question many times over the past several years, I took the time recently to do a little research, putting down on a spreadsheet the results, ranking the different areas in a number of criteria. They are: school, neighborhood, amenities (library, pool, shopping, restaurants), stability (age), outlook, location, house (style, quality, value), noise/smell, walk score, neighborhood (topography, traffic, look/feel) and some other subjective data. For example, I have a personal bias to living inside the expressway so neighborhoods within got an extra 5 points out of 100. My other bias is to buy a house near a good school. Not only is this a great idea if you have children or plan to have children, its a good idea if you don’t have children. Houses near schools appreciate at a better that average rate (Rule #91). Note: You may notice that crime is not a category. My research revealed that the areas which had highest ratings had the lowest crime, so that was redundant.

A half dozen neighborhoods I would not recommend buying a house in. Those are only identified by their omission.

Finally, as first-time homebuyers make up about a third of of all real estate purchases, I’ve attempted to look at the data as if I was working with first-time homebuyers, aged 20-35, newly married (up to five years) planning on having children and hoping to buy a house that they will live in for about ten years. The other criteria is: homes with three bedrooms and two bathrooms. Of course the data is still relevant if you are 35-50, or 50-75, and whether you have kids or not, though I would give some of the data different weighs if I was working with you, based on your lifestyle. I am writing this in early March 2013 using the current MLS information.

Show me the money

Finally, by looking at the MLS information I’ve broken down the question “Where is the best place to buy a house in Kitchener Waterloo” into eight fairly broad price categories.

The best neighborhood to buy a house for less than $200,000 is the Pioneer Park – Doon area of southern Kitchener. It rates high for convenience to the 401 and Cambridge/Mississauga. Homer Watson Park has wonderful walking trails overlooking the Grand River. A branch of the Kitchener Public Library is within walking distance. You can buy a nice townhouse here for $140,000-170,000 on Pioneer Drive, Upper Canada Drive or Green Valley Drive, to name a few.

The best place to buy a house in this range is in the Keats Way Neighborhood of Beechwood. For less than $220,000 you can buy a townhouse within walking distance to Keats’ Way Public School. The neighborhood is centrally located, not far from Waterloo Park, University of Waterloo and UpTown Waterloo. The law of comparative value (Rule #100 ) is very strong for this purchase as the neighborhood influences are highly positive. I consider Beechwood to be the best neighborhood in Waterloo Region.

For less than $250,000 there are some great properties for sale in Kitchener’s East Ward. The East Ward is a really charming old Kitchener neighborhood. It’s location is excellent, not only for getting on the expressway, but also it is within walking distance to the nightlife and restaurants of downtown Kitchener. If you like hockey, the East Ward has the Kitchener Auditorium. Also the main Branch of the KPL and Centre in the Square and Kitchener Waterloo Art Gallery are close by. Finally, the future LRT will positively impact this neighborhood. 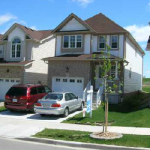 For around the $300,000 price, my recommendation would be to buy a house in the Columbia Forest/Clair Hills area of Waterloo. I like rolling hills and natural areas in this neighborhood. It’s a little remote in terms of hanging around in the core of KW but it has everything you need (shopping, movie theater, restaurants and coffee) just a short drive down Ira-Needles. The schools are better than average. 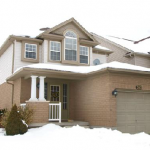 Eastbridge is a very popular neighborhood with good schools, nice comforatble houses and an overall stable environment. It’s close to Rim Park for soccer, hockey and baseball. There is shopping nearby at the Conestoga Mall and the expressway is close as well. For a young family, Eastbridge is certainly another great option.

Laurelwood is probably the most popular neighborhood in Waterloo. Laurelwood Public School is the highest ranked school in the region and one of the top 100 schools in the province. It’s a nice neighborhood, near the Laurelwood Conservation Area, the new Waterloo Library and YMCA. There is some shopping quite nearby as well. This neighborhood should certainly be near the top of your home shopping list.

Beechwood would be my top recommendation, (then Westmount and then Laurelwood). If you can afford a house over $400,000, most of the area’s noted above will have something for you.

My research broke down Kitchener Waterloo into 16 areas where I’d recommend buying a house. The above seven areas would be my first choices based on the criteria set out and by what’s on the market today. If I was to do this again in three months time, although the reasonings would be the same, the results may be different. The above were my personal first choices. My second choices would be influenced upon my client’s lifestyles, needs/wants.

The other nine areas that would be recommended are:

I’ve excluded half a dozen neighborhoods for various reasons.

I think schools and neighborhoods are the most important factors when buying a house.

If you think so too, please subscribe to my blog for the most current information on Kitchener Waterloo schools, neighbourhoods and homes.

Edit: This post was written in March of 2013. Although the prices are a little out of date now, the rest is solid.