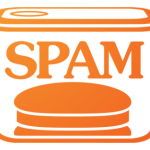 Why do I get so many postcards from real estate agents? When is the best time to get my house on the market? Why is Jansen Avenue a bad place to live? Where is Waterloo’s newest hotel?

This is my Friday real estate update.

When is the best time to get my house on the market?

A question we get asked a lot this time if year is “When is the best time to get my house on the market?”. The answer is “now”. Family Day is the unofficial kick off for the busy Spring real estate season. The end of February has long been touted as the “best time” to list. I don’t know why but perhaps the timing works like this:

To maximize revenue, you need 60 days to effectively market and sell your house

There you go. Bob’s your uncle. 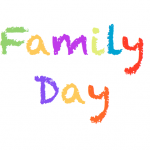 It’s family day weekend. Some people have taken today off to make it a four-day weekend! Holy smokes, I never thought of that. Get on over to our community site – 365 things to do in Kitchener Waterloo for 5 ideas that include train rides and Ice Dogs. I’m starting out my weekend with a Ranger’s Game. Hogg Mechanical invited me to their box seats.

I was surfing around one of my favourite social news aggregate site – Reddit – and there was a thread “Where are the good and Bad Neighborhoods in Kitchener Waterloo” and another “Is Jansen Avenue nice?”. I chimed in about what I think is the best neighbourhood (Beechwood) but the conversation was mostly about what neighborhoods to avoid. That’s useful information for sure. This was my first “crowd sourced” post. I will do others. It was fun and easy and its great to see what our local residents think of their neighborhoods.

Why do I get so many post cards from real estate agents?

I tweeted this article about spam. One of the statistics was, “The average adult receives 41 pounds of junk mail a year”. I’ve started getting more and more postcards in my mailbox from two real estate agents. I’m not upset that one looks like a dentist and the other dresses like it’s 1985. I’m not concerned about the hyperbola and the deceptive offers – most people can see through that. But I am mildly irritated by the volume of the same thing I get. What bugs me is this kind of spammy marketing has been done to death. It’s uninteresting and come on guys, post cards are so ten years ago.

In his book, “The Millionaire Real Estate Agent, Gary Keller promoted a program he called “The 33 Touches” using cards and letter, telephone calls, newspaper and magazine advertising, email drip campaigns, brochures, marketing reports…all designed for a real estate agent to stay “top of mind” so the next time you need one, maybe in five or seven years, you’ll think of him first. 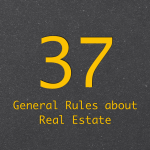 My 365 Rules about Real Estate is still out being proof read (by Alasdair). I posted the first 37 rules here. I’m still posting one rule a day like this one Rule #42: Don’t buy a problem house. I think I’ll be ready to publish in March. 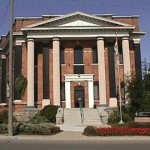 Finally, I looked up the history of Waterloo’s police station and found that it started out as an insurance office and housed several before becoming the police station. Now it’s very likely going to be a hotel.