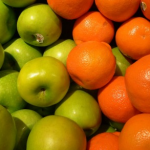 It’s been an interesting week.

We are working on a deal working with a client trying to buy a house that is $50,000 overpriced. It’s an expensive house so $50,000 represents about 10%. We’ve shown it to our client twice. We’ve spent a lot of time nosing around. It’s a good house. Perfect for our client, but.

The other thing is the pool. It seems that the swimming pool in the backyard is too close to the house. You come out the door off the dining room and there are four patterned concrete steps, a two-foot gap and then the pool. If you ever slipped on the stairs, you’d land right in the pool. (I think they need a railing there too). We were wondering why they would put the pool so close to the house. There is room in the yard to move it six or eight feet back. So we asked about that.

This is where it gets interesting.

The agent says just bring an offer. He keeps on saying this. But we’re thinking he has another interested party and he will just use our offer to generate another (better) offer.

We’re not having it. It’s happened to us before. Some agents go to great lengths to double end their deals.

What we’re going to do instead is keep on looking. The last thing we want to do is buy a faulty house or help this agent sell his faulty house. We’re also looking into the municipal bylaws about swimming pools to see if there are regulations about how far a pool should be from a house. My god, they might have to fill in the pool!

We have some other clients who are interested in a house that just got reduced by $40,000. The problem with this house is their agents priced it incorrectly. Hey? That sounds familiar. They appear to have priced it compared to a house across the street. A very similar house except for the fact that that house is a legal triplex (an income producing property) which naturally is worth more.

In both these cases, we are dealing with well-known agent teams who know what they are doing. But what are they doing? Pricing homes correctly is a fundamental rule of real estate. In both cases, these houses have sat on the market for a long time, longer than they should.

My guess would be one of these.

In other news, I’ve been busy editing 365 Rules about Real Estate. The editing is going much slower than the writing. Writing was fun. Editing is tedious. But I’m about half way through the first edit.

Finally, the week in review wouldn’t be complete unless I mention 365 things to do in Kitchener Waterloo. I’ve learned a lot by blogging for this site. Last week I learned that people just can’t wait for the ice skating rinks in Uptown Waterloo and in front of Kitchener City Hall to open. I’ve never liked skating but seems like a lot of people do!

Question: Do you ever wonder, like I sometimes do, how much it would cost to insulate your attic? Answer: About $1.00/square foot. Question: Are…