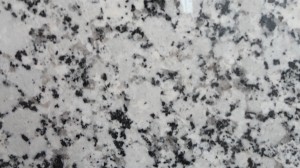 Last night after dinner and after we had taken the dog for a walk through Waterloo Park my wife and I were sitting on the front porch having a chat. It was a perfect night. I love this time of year, I love the piebald prediction of a celebrated summer. I love warm breezy nights in spring.

We are still enjoying the novelty of having a large and covered front porch – a real advantage of living in an old house in an old neighborhood.

I went into the house and made a cup of coffee (decaf) and when I came out, our old neighbors from Westmount/Lourdes were out front talking with our new neighbor from Euclid/William. We moved last May. Our old house is about one kilometer away.

Random Real Estate Fact: The majority of residential moves are within five kilometers.

We invited them up on the porch and caught up with neighborhood news. I told them about our upcoming Grand Porch Party and our old neighbor said that they were planning a street party last summer but because they wanted to block off the street someone had to take liability for the event and no one wanted to be liable in the unlikely instance that some nut drove down the street and killed a little kid.

“Why can’t it just be simpler?”, she complained.

It’s not. Life is complicated. The “what ifs” always get us.

Along the same lines of conversation, we talked about square2square and what a costly non-event it turned out to be. I was behind it naturally. I loved the idea of riding my bike free of all traffic down King Street from Uptown to downtown, which is exactly what I did at two of the four events. The problem was that the idea became so complicated with barricades and police and volunteers, the carnival atmosphere, I thought was overdoing it, but I guess the organizers wanted to have something for everyone and make it a real event – not just a big road for weekend cyclists.

It idea failed. Just not enough people were interested in hanging around at a second-rate (sorry) carnival.

But like many things that fail, we can learn from it. It’s back. If other cities can pull this off, we’re sure we can too. There have been some changes – including the name change from square2square to Open Streets. The other major change is that its a citizen led event now not a municipal council sponsored one. I think its a great idea. Festivals and events like this make KW a great place to live.

The four street celebrations will be held at the same time as other festivals and events in Kitchener Waterloo.

Sept. 16 — Doors Open Waterloo and back to university weekend.