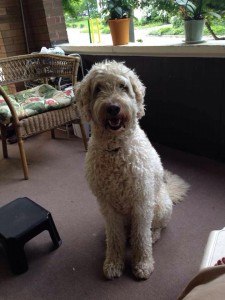 The Waterloo Region School rankings for 2011 were released earlier this week and as always I was keenly interested in my kids school as well as other schools around the region. There are too many to keep track of in my head, but at open houses and with people moving into Waterloo Region the questions often come up “How’s the local school?”, “Is it a good school?”, “Where is the best school in Waterloo Region?”.

There have been many changes again this year compared to 2010, and 2009 although some schools moved up and some moved down the list, to a large degree top schools remain at the top and not so good schools still languish near the bottom.

In Waterloo at the bottom of the list we find Empire, Sir Edgar Bauer, Westvale, Sundown and Lincoln heights. All have fallen in the rankings. Their rankings range from 6.8 to 5.2.

In Kitchener the top five Elementary Schools are: Smithson, Cardinal Leger, Lackner Woods, St Anne and Blessed Sacrament. Like the top schools in Waterloo, they are all up in rankings from last year. Smithson is at 8.2, up from 6.7 last year.

At the bottom of the Kitchener list we find: Alpine, King Edward, Rockway, Queen Elizabeth and Pioneer Park. Their rankings range from 4 to 2.6

At the bottom of the list are: St Margaret, Central, Stewart Avenue, St Michael, and St Peter, ranging from 3.7 to 1.3.

In the Catholic Board, there are only five Secondary Schools. They are ranked: Resurrection, St David, St Mary’s, St Benedict, and Monsignor Doyle.

Many people, including myself, believe that a good education is important for the future of our children. If your children are of school age and you’re moving into Waterloo Region, or if you already live in the region, choose a home near a good school. It’s worth it.

The definitive guide to Kitchener Waterloo schools, homes and neighborhoods

What school and neighborhood are you interested in? I am currently putting together a book called “The definitive guide to Kitchener Waterloo schools, homes and neighborhoods”. It will publish next year. Please email me here if you’d like a FREE copy.

If you like this post and have a suggestion or request for another school and neighborhood, please email me here.