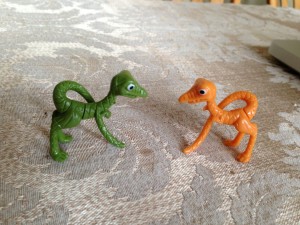 Interest rates will be going up, I know we’ve heard that before but this time will be different. Statistics Canada said last week that the annual inflation rate fell to 1.9% in March from 2.6% in February. This is the lowest level since the 1.9% recorded in September 2010. Analysts had forecast a rate of 2.0%.

The Bank of Canada, made it clear it might have to start raising rates from near-historical lows because of reduced slack in the economy and increased underlying inflationary pressures.

The central bank has not changed interest rates since September 2010.

Higher interest rates will cool the housing market, which saw sales of existing homes rise by 2.5% in March. On a seasonally adjusted basis, sales were up 1.6% from levels of March 2011. There is a slight decline in the national average price (0.5%) due to volatility in the Vancouver and Toronto real estate markets.

According to a BMO report released last week, about a quarter of Canadians said they were willing to enter into a “bidding war” in Canada’s housing market and pay up to 120% of the asking price, to get the house they want.

Of those prepared to fight, half would pay up to 110% of the asking price, while a quarter would be willing to bid up to 120%.

As a realtor, I always advise me clients not (unless the client absolutely has to have the home) to get into a bidding war. Bidding wars often result in a purchase price over market value. Of course the real estate game is different in different cities – some houses are listed low to encourage multiple offers.

And here’s something to ponder before a bidding war: Will the bank agree with how much you just paid for that home?

Appraisals are coming in below purchases price on some deals, and this means some potential home buyers are losing their deposit or being forced to look for other sources to cover the shortfall.